Botox vs. Dysport: Which is Best? 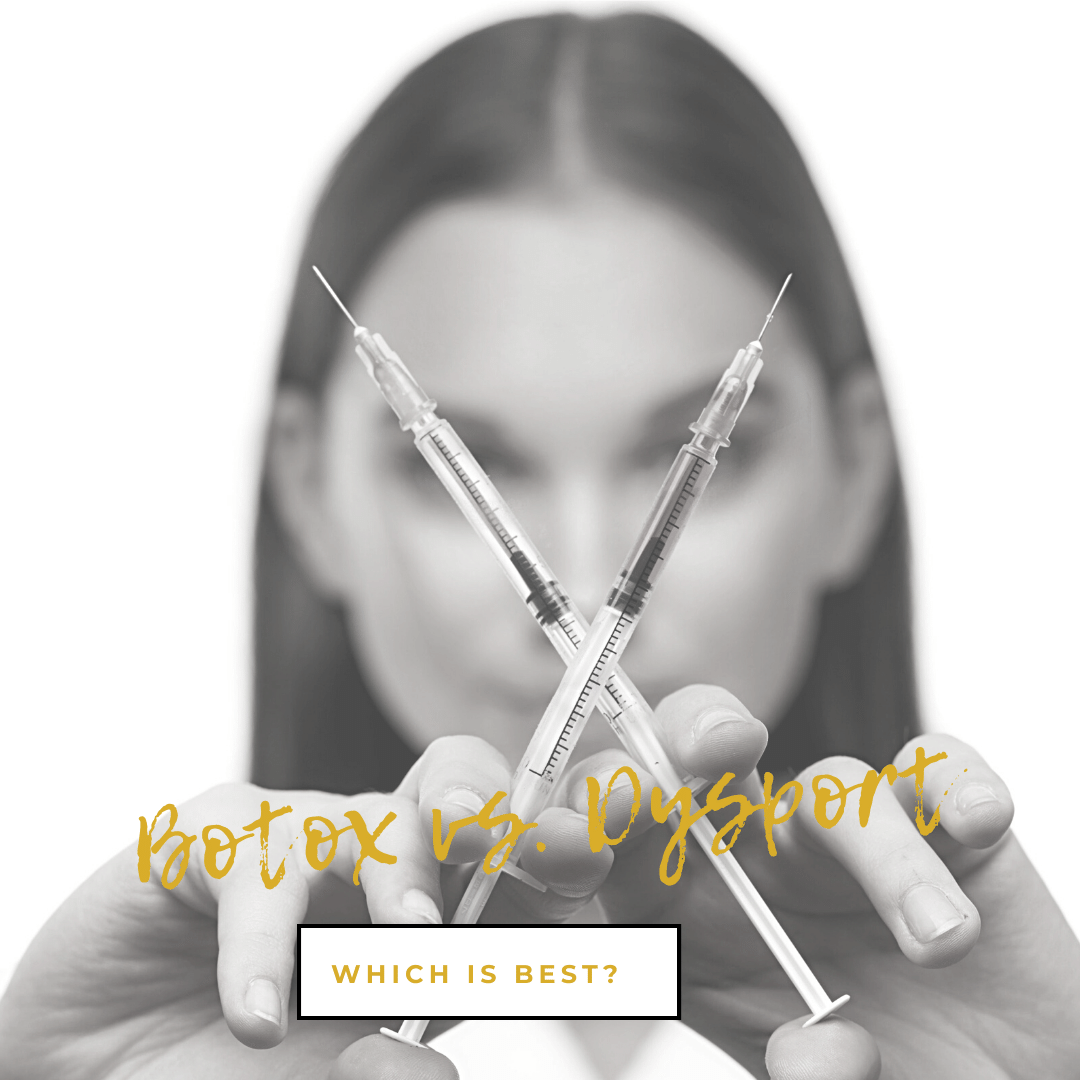 Botox and Dysport are two of the most popular alternatives to treating wrinkles in the face. It’s easy to see why people would want to know what they can do about their wrinkles, but which has more benefits? Which is best for your specific needs? In this blog post, we will compare Botox and Dysport so you can decide which one is right for you!

How Botox and Dysport are Similar

Botox and Dysport have a few key similarities, which is why many people think they are the same. For starters, Botox and Dysport both belong to a class of drugs known as neuromodulators, which means they block the signals from nerve cells that cause muscles to contract. They do this by preventing acetylcholine (a chemical neurotransmitter) from binding with its receptor on nearby muscle tissue. This prevents those muscles from contracting, thus reducing and preventing wrinkles.

Treatment with Botox and Dysport is also similar. Both Botox and Dysport treatments involve injecting botulinum toxin A into the muscles through a series of tiny injections. In most cases, about two or three injections around the face are needed, however most people can tolerate up to six injection sites. The actual number used depends on where you want treatment as well as how much area needs treating.

What is Botulinum Toxin?

Botulinum toxins are neurotoxins produced by the Clostridium botulinum bacteria. There are eight different types of botulinum toxins: A, B, C1, C2, D, E, F, and G, however type A is generally used for its potency and longevity. Regardless, all eight botulinum toxins work by interfering with neurotransmitters to cause muscle paralysis. Like their name suggests, botulinum toxins are highly toxic. However, when purified and used in small doses, they can be safely used to stop specific muscles from contracting.

At a glance, Botox can be used to treat:

While Botox is mainly used to treat wrinkles around the face (like crow’s feet or forehead lines), it has also been FDA-approved for treating excessive underarm sweating, overactive bladder, lower limb spasticity, and chronic migraines. This is because Botox can also cause muscle paralysis in other areas of the body, which means it can be used on certain muscles to treat certain conditions. In comparison to Dysport, this makes Botox a more versatile treatment that can be used for multiple purposes even if they are not approved by the FDA.

Dysport is a neuromodulator made by Ipsen Biopharm Ltd and was approved by the FDA in 2009 for treating wrinkles caused by facial muscle contractions. Like Botox, Dysport uses a type A botulinum toxin known as AbobotulinumtoxinA (ABO). However, Dysport is slightly diluted compared to Botox. This ultimately means that Dysport tends to be more effective in treating larger areas. It also means that more units of Dysport are generally needed.

Regardless of whether you are getting Dysport or Botox, the actual procedure is exactly the same. Generally speaking, patients can expect to spend about 15-30 minutes at their doctor’s office for each treatment session. After reviewing your medical history and discussing what you want treated with your provider, they will then inject a series of small injections around the area you want treated. The injections are so small, usually about 0.05 mL each, that patients can barely feel them. A mild anesthetic is also used to minimize any discomfort. The number of units (amount of injections) will vary depending on the treatment area and the desired results.

While both Dysport and Botox work to temporarily stop muscles from contracting, there are some differences in how long the effects last. For example, it has been shown that the average patient who gets Dysport will first see results after a couple of days that last for up to four months after treatment. Those receiving Botox, on the other hand, often see results within a week that can last up to six months. In some cases, it can take up to a month to see noticeable results with Botox and results can also last longer than six months.

Botox and Dysport are both neuromodulators that work to temporarily stop muscles from contracting. Botox is manufactured by Allergan Pharmaceuticals, while Dysport is made by Ipsen Biopharm Ltd. The two products use a type A botulinum toxin known as OnabotulinumtoxinA (ONA) or AbobotulinumtoxinA (ABO). Although the effects of each can vary depending on treatment area, it has been shown that those receiving Dysport will first see results after a couple days which last for up to four months. Those who receive Botox often see results within one week with lasting effects for up to six months.

For more information, schedule a consultation with your Therapeutic Aesthetics Botox/Dysport provider in Burlington, Pickering, or Toronto. 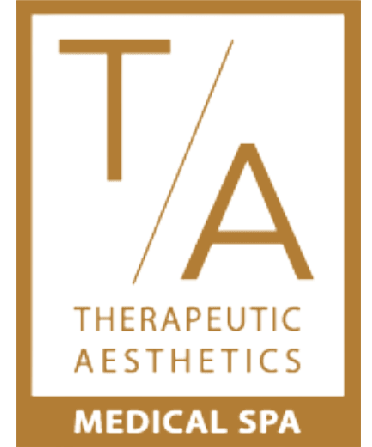 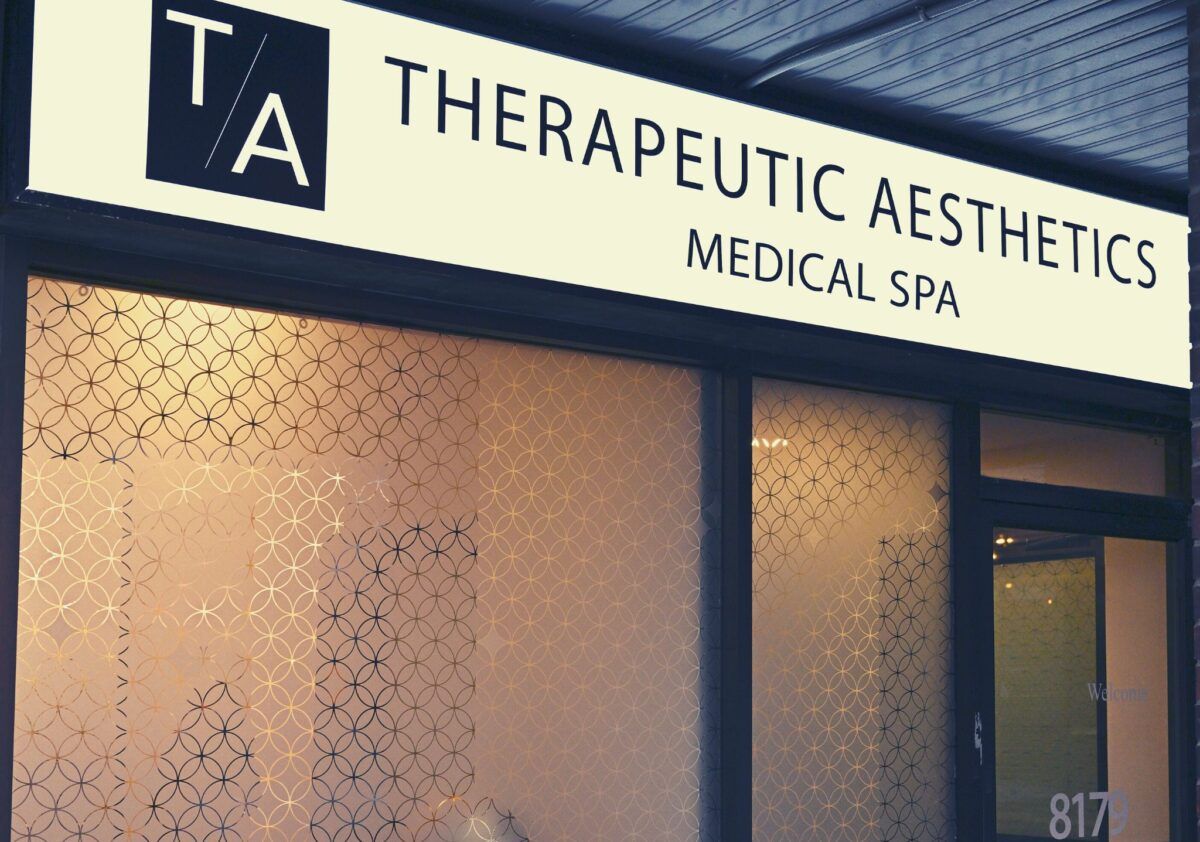 We are so delighted to announce that we opened our fourth location in Thornhill in mid-November 2022. To mark this wonderful moment, we threw a

How to Prepare For Your Fillers Appointment In Toronto?

Fillers treatment has been gaining immense popularity for a while now. With the results that the treatment delivers, the popularity is completely justified. If you

It goes by many names: age spots, dark spots, liver spots, melasma and skin discolouration. These are all types of hyperpigmentation, a condition that affects

Gallery
"Amazing staff, very friendly and professional environment."
"They were quick, responsive and natural!"
"Highly recommend this place for any injectable procedures."
"Ashley is an amazingly talented injector. Her attention to detail and client care is phenomenal."
"Beautiful and most important, natural results. "

My go-to treatment provider is Ashley at TA, and she is INCREDIBLE. I have literally attended dozens of clinics and seen even more treatment providers. However, Ashley is far and above the most skillful, committed, trustworthy and respectful person I have ever dealt with. My trust and confidence in her judgment / treatment recommendations is ABSOLUTE. I will never see anyone else ever again! 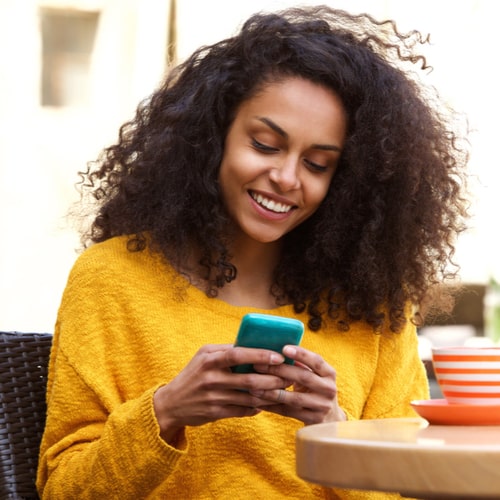 Stephanie L.
This place is the best. The manager Jen is super organized and friendly, the injector Ashley was so so so so sweet during my first time lip filler appointment. She was constantly checking on me and asking if I needed breaks here and there. I felt so comfortable and as if I wasn’t rushed. She did a great job of making my lips look natural but also more full all at the same time. 10/10 recommend and will be coming back. 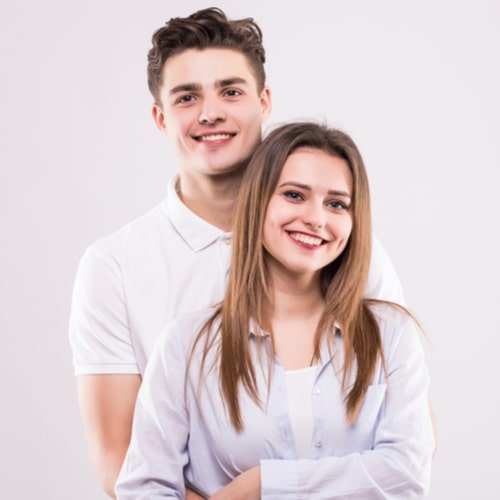 Victoria Y.
I’ve been to see Maryam several times for Venus Nanofractional RF and other services. She is always very professional and kind. I am a VERY paranoid patient and likely very annoying (in my opinion). Maryam is EXTREMELY patient and takes time to listen to my concerns. I trust her with my face, and if you knew me, you would know that means a lot. Maryam is honest in terms of expected results. 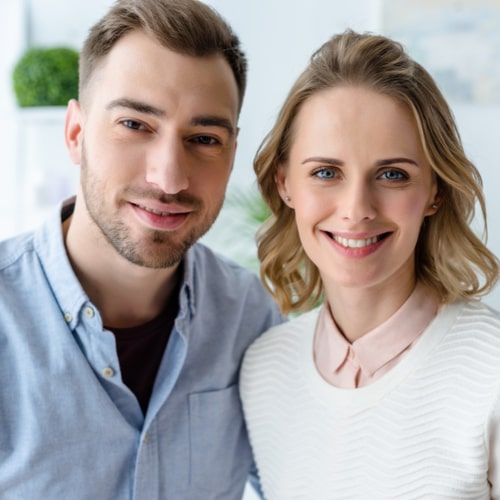 Jordyn J.
I am so happy and satisfied with the results of my treatment! The atmosphere at Pickering clinic was so relaxing and you can tell that staff knows what they’re doing. Will be returning for sure :) 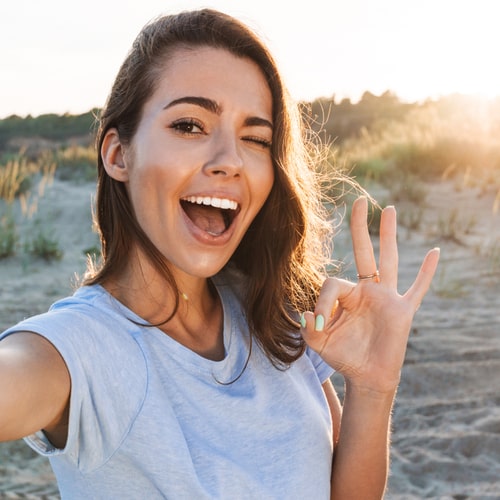 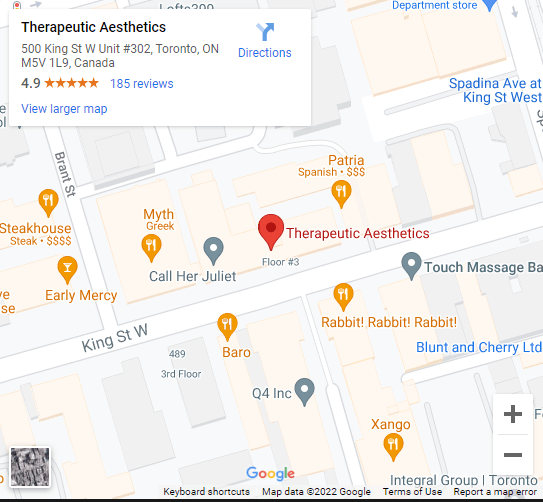 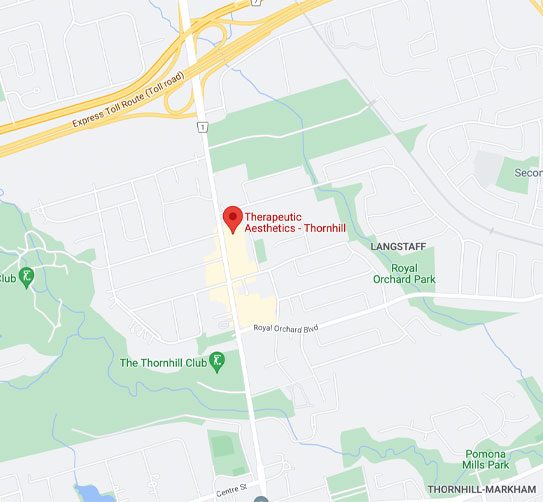 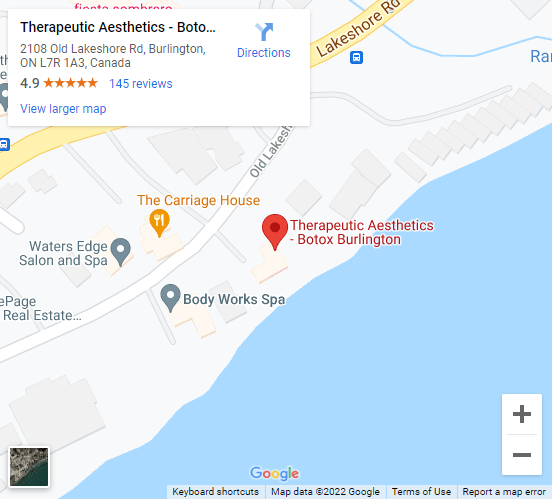 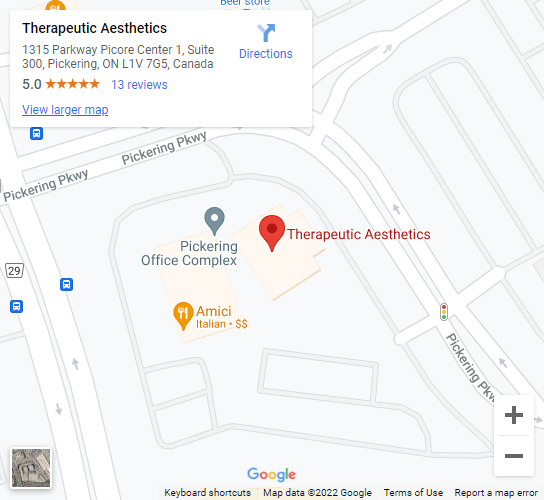 Get the latest scoop in promotions and advancements in aesthetics by signing up with our newsletter!